For years it was standard practice: handing out free trials like they were candy and it was Halloween. Now, more SaaS producers are shifting gears and taking a step back from the Free Trial and Freemium models. Are they really working?

The Problem With Free Trials

Free trials are so common these days that consumers have almost grown to expect them from SaaS companies. But there’s one glaring problem with that – they don’t work.

In the physical world free trials have proven to be effective. Take a look at Costco’s standard free sample practice. You could eat your lunch just by scouring the aisles looking for free samples. And they offer so many because they work. The Atlantic reported that they boost sales by as much as 2,000%. Shouldn’t the same hold true for the digital version of free samples?

Free trials in the digital world don’t involve the same level of human-to-human contact as they do at in-store sample tables. Without that same connection people feel less likely to buy.

A 2013 study by Groove HQ confirms this notion with a conversion study that shows only 11% of users convert after a free trial.

In 1966, Johnathan L. Freedman and Scott C. Fraser conducted a study about commitment. The duo contacted two groups of housewives in California. The first group was asked to answer a quick survey about household products. Then, three days later, the team called again to ask if they could come over and do a survey of the household items. The second group was only asked for the latter.

The study found that women who completed the quick survey before being asked for the larger favor of being welcomed into a home were more likely to agree.

This is known as the foot-in-the-door technique. You ask for something small – such as download or sign up for a free trial – and then ask for the sale later. It works because you already have your commitment from the person on the other end. Once a person makes a small commitment to your product it’s easier to agree to a larger commitment.

The foot-in-the-door technique answers more to the freemium model.

When a person gets access to a small portion of your program for free, she commits. She has a username and login. She uses the program for specific tasks. She’s committed to the product.

It makes sense, right? The problem is, many freemium models don’t work either. Many times people never upgrade to the paid version, so your company ends up supporting software that no one is paying for.

The Best of Both Worlds

For SaaS companies wanting to get ahead in a competitive market there are a few lessons to be pulled from each of these models.

A human takes something from another human being and typically feels compelled to give back. In the digital setting, that human connection is lost. To incorporate it back in and boost sales, use images of people on your website. Create a more human-to-human experience by using first names and avoiding impersonalized emails.

What experience have you had with either of these models? Have you found that humanizing your content and brand messaging gives your sales a boost? 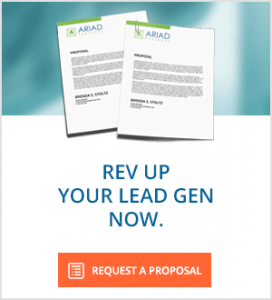